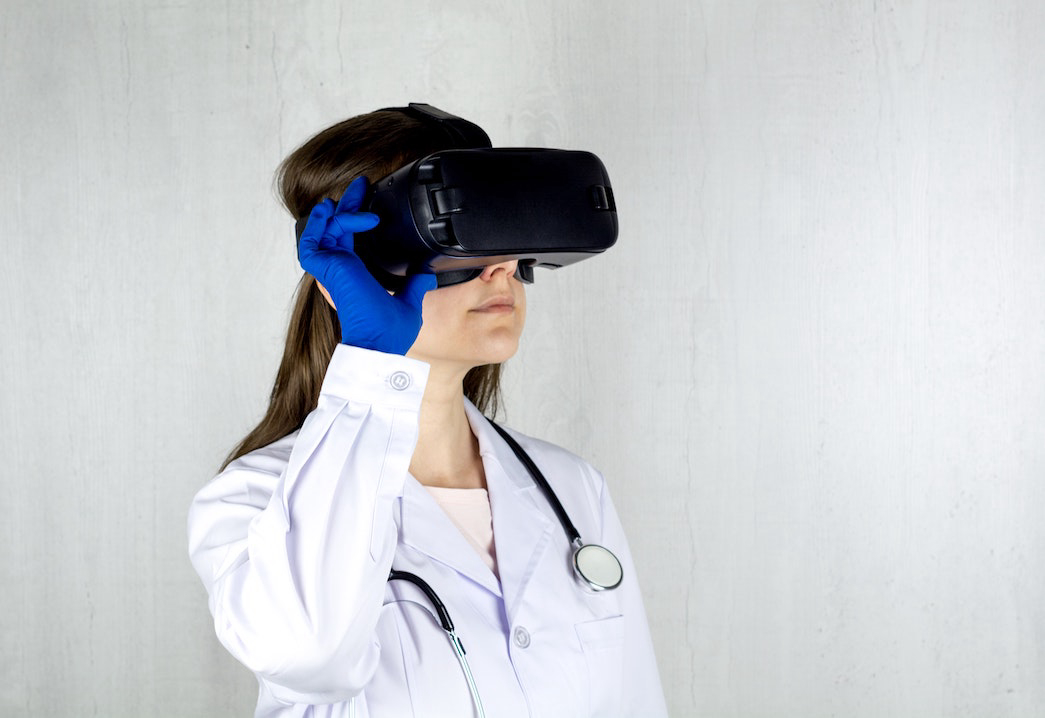 Many companies, universities and hospitals come up with ideas on how to use virtual reality in medicine, healthcare and medical emergency. There are numerous ways of implementing VR, including advanced training, surgery, education, supporting people with autism, providing pain relief, curing certain phobias, raising public awareness. As VR technology develops we can expect rapid increase of virtual reality use in every aspect related to healthcare.

Showtime VR (previously World of VR) has partnered for instance with the SYNAPSIS Foundation in Poland in supporting people with autism and Asperger syndrome. We’ve jointly created a workshop scenarios, based on virtual reality technology. Most of the apps were based on HTC VIVE environment and were aimed at testing how VR can help in learning, solving problems or dealing with unusual daily situations. During a series of workshops adult people with autism experienced their adventures in virtual reality.

As a result of this exercise we co-produced an experience “My first day at work” which helps us to become a person with autism and see how he perceives the surrounding world and reacts to different stimuli. This content was appreciated and awarded by the Filmteractive Market 2017 festival in Łódź and was featured at other film festivals using Showtime VR software for synchronic VR playback.

A complicated surgery is not a piece of cake. Doctors and their patients face difficult decisions. A physician puts his / her reputation and career at stake, the patient risks his / her life. Thanks to virtual reality tools we can simulate surgeries, test how difficult they are and estimate chance to succeed. People with mental illness face everyday challenges. Simple activities and tasks, easy for healthy persons, become impossible for them. There are technology solutions which could help them to overcome these barriers. Virtual reality tries to address these challenges in practice:

Health services of the State of Washington trains doctors with VR

The US State of Washington health services implemented virtual reality in teaching students and training doctors. With dozens of VR headsets, such as Oculus Go or Pico, they are able to organize easy and safe training on large groups of participants. State of Washington uses Showtime VR system to synchronise all headsets and remotely manage all VR headsets and their playback. Thanks to this solution VR in medical training became easy for everyone.

The St. Joseph’s Children’s Hospital in Tampa use VR to plan surgery

The St. Joseph’s Children’s Hospital in Tampa uses virtual reality brought from F-16 flight simulators to create 3D graphics of particular parts of the body. Models are created in 360 degrees based on the output from mri and tomography examination. The Hospital works with the Surgical Theatre Precision Virtual Reality and creates anatomical models for neurology and cardiac surgery. This technology is also used at child hospitals UCSF Benioff in the United States.

KarunaVR app helps to treat pain of hospitalized people. Spending many days in the hospital impacts badly the patients. The app might shorten this period and the hospital decreases treatment costs. Karuna Labs company developed a non-pharmacological solution of limiting stress and fear and at the same time improving comfort and satisfaction of the patient.

VR in the fight against Alzheimer disease

There are nearly 50 million people worldwide with Alzheimer. Scientists from around the world examine causes of this disease. These attempts might be supported by virtual reality. There are experiences which help us understand how the world is perceived by people with dementia and understand their challenges. Alzheimer’s Research UK created a project „A Walk Through Dementia” covering this topic. More: https://www.awalkthroughdementia.org/
Scientists go even further. They use brain implants which trigger certain tasks in VR. Thanks to this solution a map and road of each nerve impulse is created. They try to understand how the brain works when receiving and passing through new information. Neuroscientist Nanthia Suthana shares results of her publicly: https://www.youtube.com/watch?time_continue=1&v=sLEC74xcEZ4&feature=emb_title

XRHealth company designed a set of activities which the patient can perform in order to be fit again, physically and mentally. VRHealth is based on games and virtual experiences which help us to recover. Apps on the website are broken down by several neurocognitive symptoms, emotional and physical. Artificial Intelligence analyses the outcomes and suggests individual solutions.

Virtual technologies became integral part of the medical world. Every year there are new innovative ideas and solutions coming. VR might help us go through diseases easier and recover more quickly. Showtime VR is contributing to this revolution.