Control headsets from
around the world
through the internet.

Take part in the Apollo mission, dive inside Covid-19, play with the symphonic orchestra, witness 9/11 in NYC in 360° or enter the mystical interior world of drag artist Cucci Binaca. The Church of VR makes it all possible, in Amsterdam until Wednesday. Powered by Showtime VR at VR Days Europe. The church runs Pico Interactive and Oculus Quest VR headsets.

For the 5th year Showtime VR is the technology partner of the key VR / XR festival in Europe - VR Days Europe in Amsterdam.

Showtime VR powers the Church of VR where you can experience the best 360° movies from around the world. Showtime VR enables all headsets to be remotely managed from one tablet. We have the full control over the headsets, Pico G2 or Oculus Quest which makes the experience more hygienic as well. 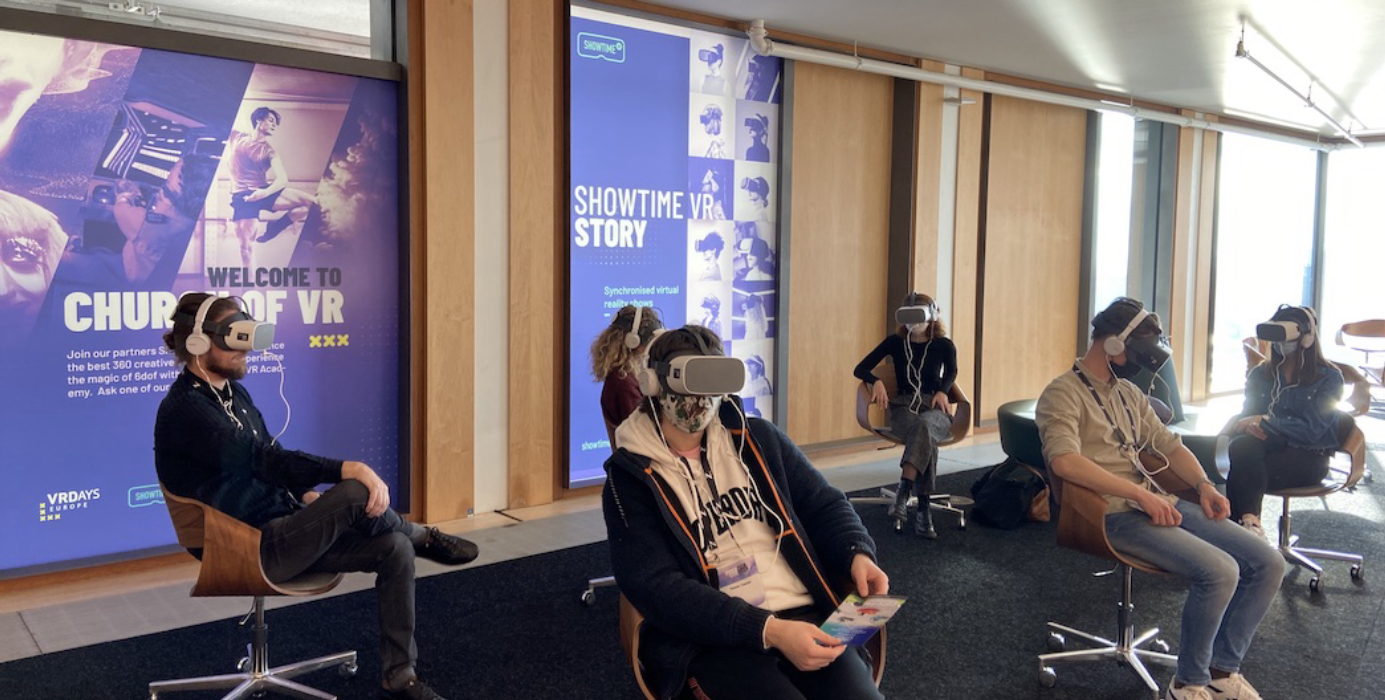 1st Step tells the magical story of the Apollo missions – from the rocket launch to the return on earth. For the first time, viewers experience this awe-inspiring adventure in a completely new way as they get the chance to perceive the extreme dimensions of the missions.

Inside COVID19 is a stereoscopic VR360 documentary that follows Dr. Josiah Child, an emergency department director and physician, as he readies his staff in five different hospitals to respond to the impending pandemic.

While the whole world, with its clamour and expectations pushes outside the air-stream’s window, Collins, Armstrong and Aldrin find themselves projected in the recent and intrusive lunar memories, which leaves them hanging in a limbo between the Earth and the moon.

MYRIAD. WHERE WE CONNECT

Virtual Reality dance performance about loneliness and connection. A shared experience… at a distance.In this groundbreaking interactive dance, the audience is locked in with the mythical creatures Narcissus and Echo: trapped in a mirror palace in virtual reality.

Sitting in the back of a taxi, driving through the dark, you gradually piece together your story, abstracted and dream-like, as you progress into the quiet shock of a new world.

Discover the extraordinary story of Genelle Guzman-McMillan, the last survivor rescued from the rubble at Ground Zero. Featuring never-seen-before 360° images of the World Trade Center, this experience is a unique virtual reality dive into the story of a 9/11 survivor.

Symphony is an immersive VR experience that takes spectators on a journey through emotions and music, led by Gustavo Dudamel, by placing them inside both the orchestra and the instruments themselves, right at the heart of music.

THE COSMIC LAUGHTER OF CUCCI BINACA

The Inhabited House is a wistful meditation on the textures of the familiar, and the way the interconnection of relationships are the threads that make a life. By delving into the archive of home videos, the project recalls the tradition of older technologies. 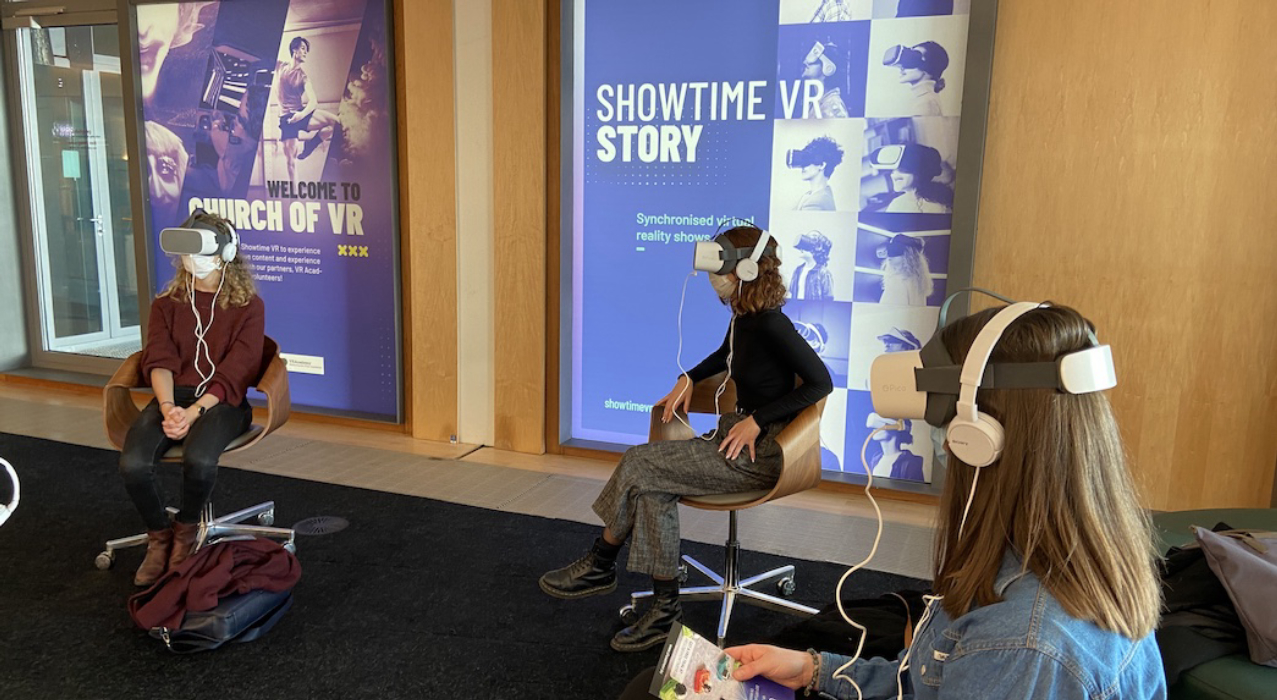